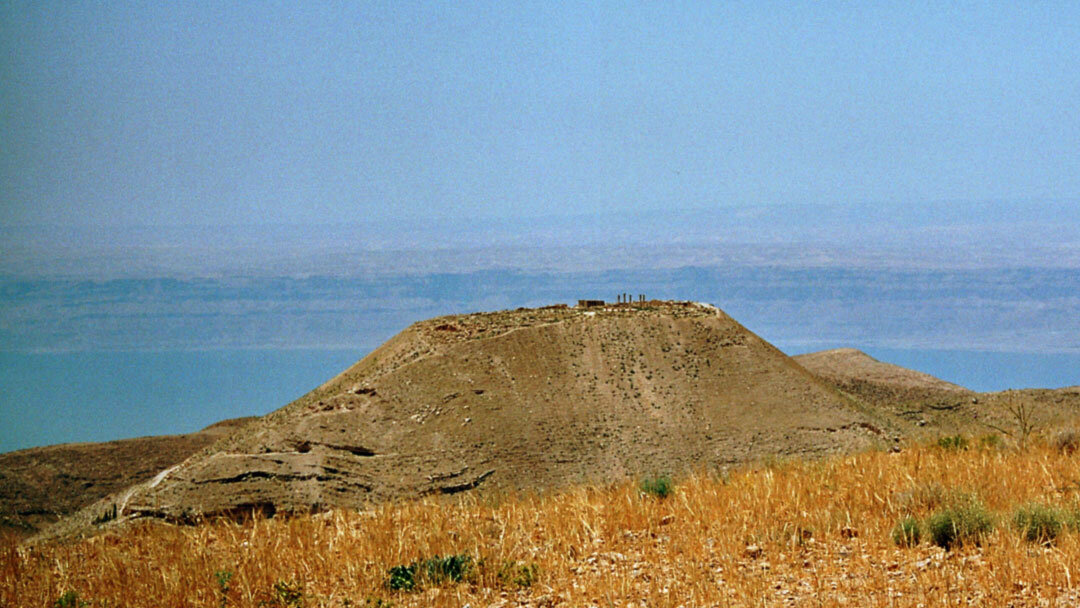 Within an hour’s drive from Madaba along the picturesque King’s Highway, is Mukawir. Mukawir is the hilltop stronghold of Herod the Great. Upon Herod’s death, his son, Herod Antipas, inherited the fortress and it is from here that he ordered John the Baptist to be beheaded after Salome’s fateful dance.

known locally as Qala’at al-Meshneq (Castle of the Gallows),one of a series of hilltop strongholds established by Herod the Great — the father of Antipas — along the edge of the Jordan Valley and Dead Sea.

Protected on three sides by deep ravines, it afforded seclusion and safety in times of political unrest. Fire signals linked Machaerus to Herod’s other fortresses and to Jerusalem.

On top of the mountain, more than 1100 metres above the Dead Sea, Herod erected a fortress wall with high corner towers. In the centre he built a palace that was “breathtaking in size and beauty”, according to Josephus. Numerous cisterns were dug to collect rainwater.

When Herod the Great died in 4 BC, Machaerus passed to his son Herod Antipas, who ruled Galilee and Perea (an area on the eastern side of the Jordan River) until AD 39.