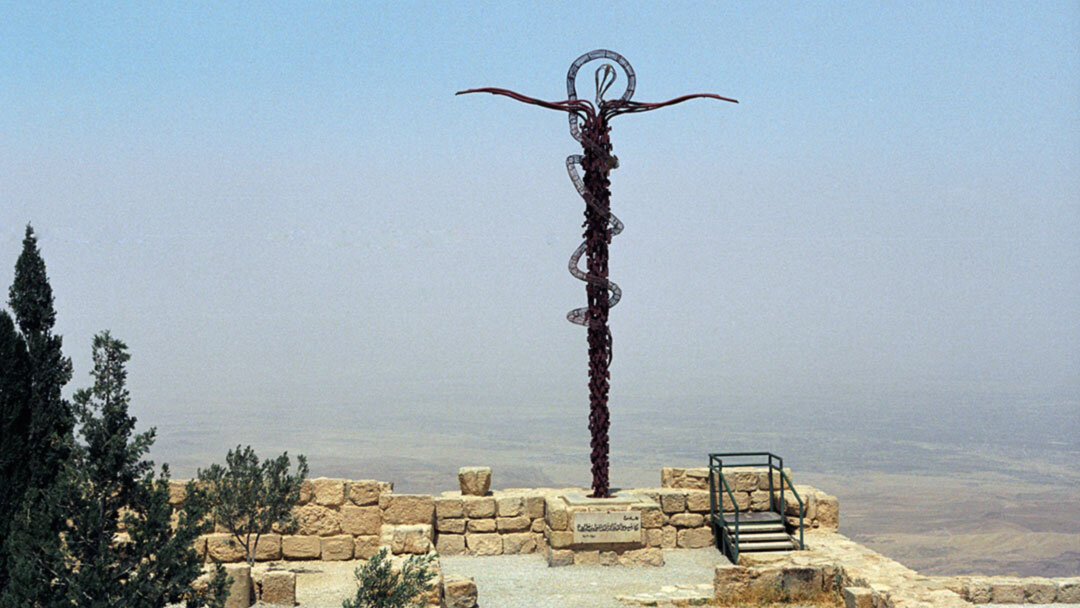 Mount Nebo is one of the most revered holy sites of Jordan and the place where Moses was buried. A small Byzantine church was built there by early Christians, which has been expanded into a vast complex. During his visit to Jordan in 2000, the Late Pope John Paul II held a sermon here that was attended by some 20,000 faithful.

In the 4th century AD a sanctuary, mentioned by the pilgrim nun Egeria, was built on Mount Nebo (Fasaliyyeh in Arabic) to honor Moses, possibly on the site of an even older structure. The church was finished by 394 AD and had three east apses flanked by funerary chapels on the north and south sides.

In the 6th century, the church was enlarged and transformed into a basilica with a sacristy and new baptistery (whose surviving floor mosaics date from c.530 AD). Soon the church was the heart of a large monastery and pilgrimage center that would thrive for nearly six centuries.

The site was abandoned by 1564 and remained mostly neglected for several centuries more. Finally, in 1993, the site was purchased by the Franciscans, who excavated and restored the area.