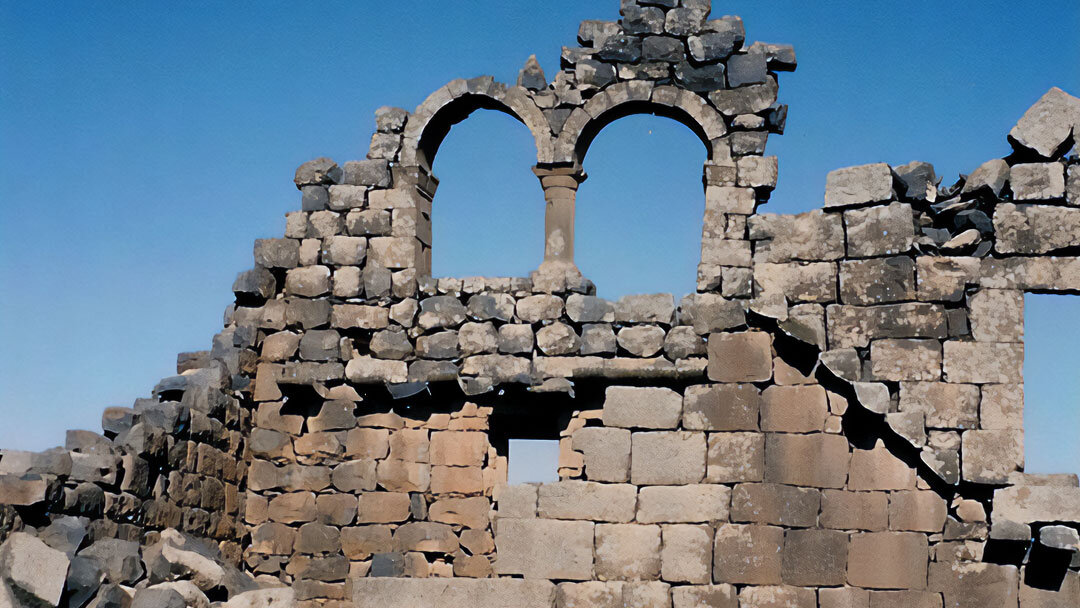 The eastern most of the major northern cities, Umm El Jimal is located at the edge of the eastern basalt desert plain, along a secondary road that was close to the junction of several ancient trade routes that linked central Jordan with Syria and Iraq.

Among the most interesting structures to visit are the tall barracks with their little chapel, several large churches, numerous open and roofed water cisterns, the outlines of a Roman fort, and the remains of several town gates.

It is primarily notable for the substantial ruins of a Byzantine and early Islamic town which are clearly visible above the ground, as well as an older Roman village (locally referred to as al-Herri) located to the southwest of the Byzantine ruins.