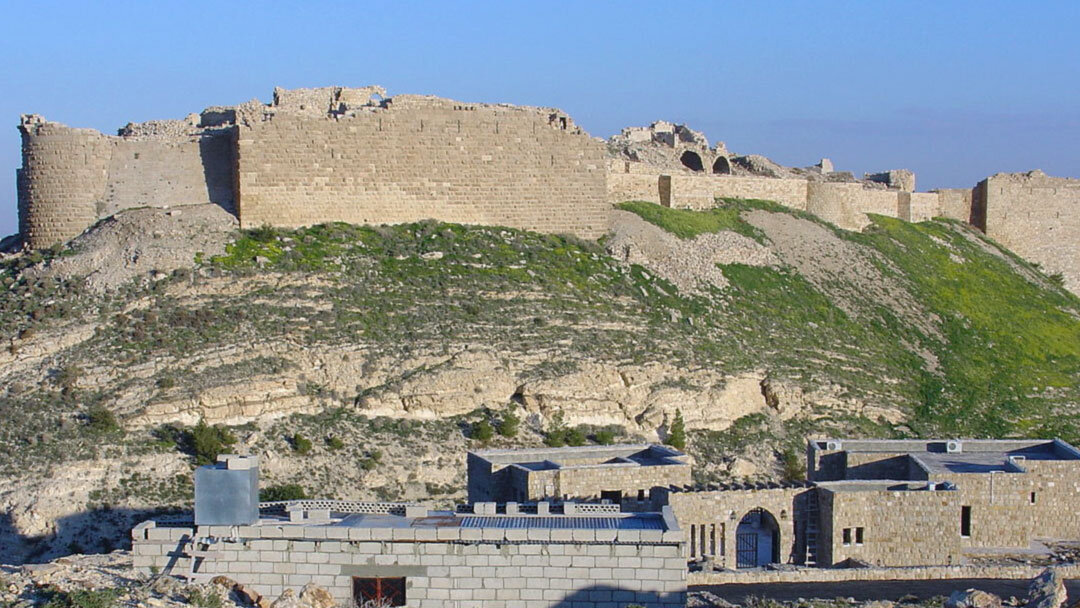 The castle was built in 1115 by Baldwin I of Jerusalem during his expedition to the area where he captured Aqaba on the Red Sea in 1116. Originally called ‘Krak de Montreal’ or ‘Mons Regalis’, it was named in honour of the king’s own contribution to its construction (Mont Royal).

It was strategically located on a hill on the plain of Edom, along the pilgrimage and caravan routes from Syria to Arabia. This allowed Baldwin to control the commerce of the area, as pilgrims and merchants needed permission to travel past it. It was surrounded by relatively fertile land, and two cisterns were carved into the hill, with a long, steep staircase leading to springs within the hill itself.

Much of what remains of Shobak Castle today are reconstructions and additions from the Mamluk period, but there are numerous original Crusader features as well. The northeast corner of the castle has a keep with Quaranic inscriptions in Kufic script, possibly dating to the time of Saladin.

There are two churches in Shobak Castle. The first one, near the entrance, and has an apse, two smaller niches, and a baptistery off the west side. The second church is near the southeast corner of the castle (next to a Mamluk watchtower with more Kufic script), with a Crusader cross carved in the east wall. Beneath the church are catacombs, which contain Islamic tablets, Christian carvings, big round rocks used in catapults, and what is claimed to be Saladin’s throne.