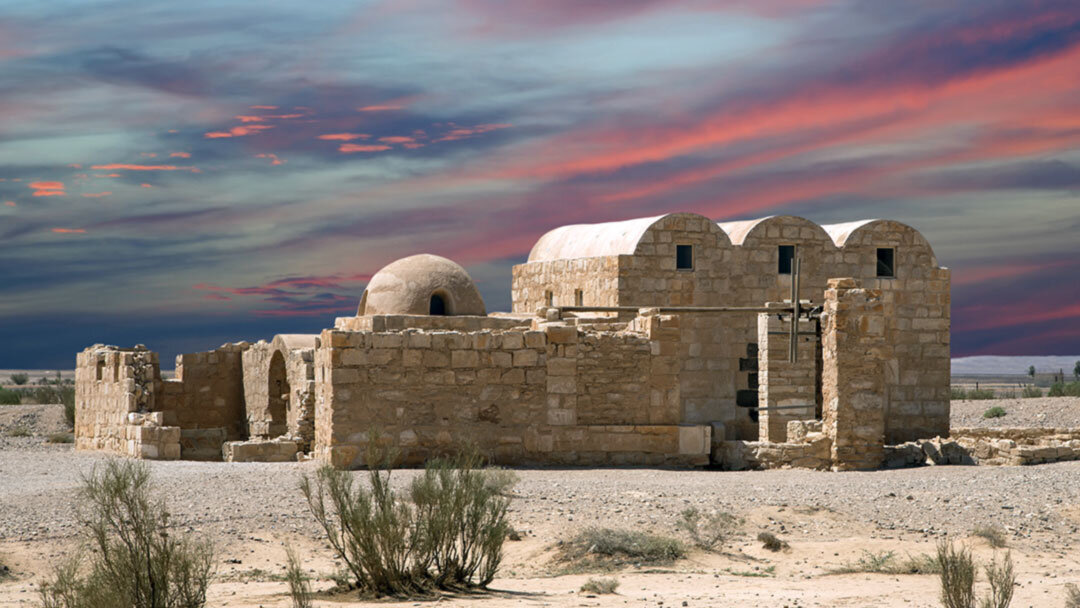 Qasr Amra is the best-known of the desert castles located in present-day eastern Jordan. It was built early in the 8th century, some time between 723 and 743, by Walid Ibn Yazid, the future Umayyad caliph Walid II, whose dominance of the region was rising at the time. It is considered one of the most important examples of early Islamic art and architecture.

The discovery of an inscription during work in 2012 has allowed for more accurate dating of the structure.

Qasr Amra is the best-known of the Desert Castles. Built as a Bath-House, early in the 8th century by the Umayyad Caliph and considered one of the most important examples of early Islamic Art, and Architecture.

The bath-house; the private retreat of the caliphs; was decorated with frescoes of luxurious flowers and fruit, naked musicians, hunting scenes and some of the scenes of their conquest of neighboring lands.

Its’ entrance leads directly into the main hall which is divided into three aisles.

The ceiling of the main aisle is covered with frescoes showing everyday people at work, a carpenter, a metalworker, a baker, etc. The dome of the baths, probably the steam room is decorated with a map of the northern hemisphere sky, accompanied by signs of the zodiac.

The frescoes are badly faded and tarnished with age, and many are defaced by graffiti.

It is on the list of UNESCO’s World Heritage sites.