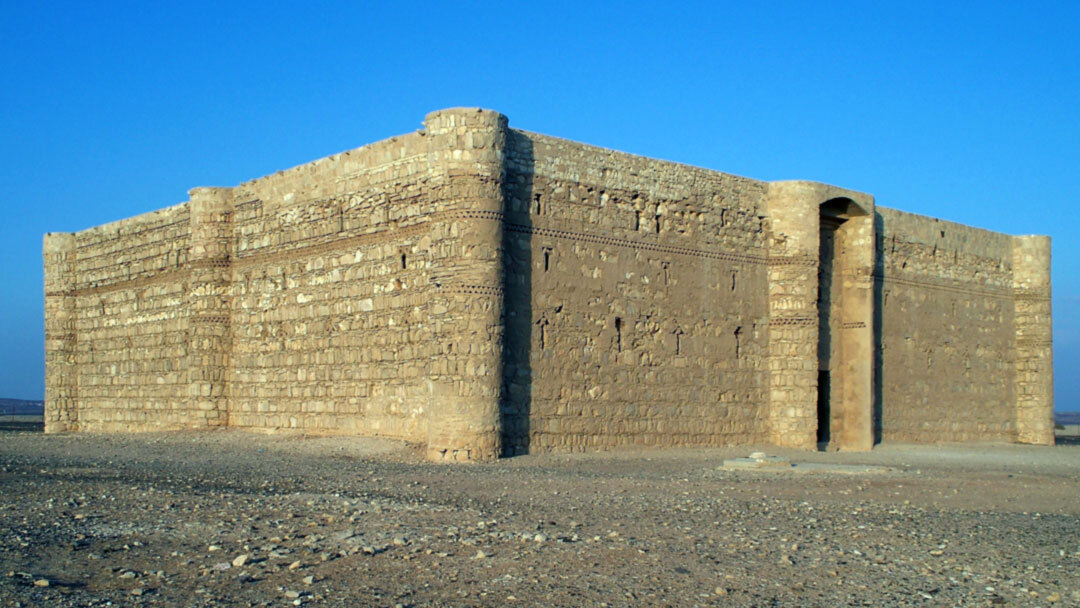 Qasr Kharana is one of the best-known of the desert castles located in present-day eastern Jordan, about 60 kilometres (37 mi) east of Amman and relatively close to the border with Saudi Arabia.

It is believed to have been built sometime before the early 8th century AD, based on a graffito in one of its upper rooms, despite visible Sassanid influences.

A Greek or Byzantine house may have existed on the site. It is one of the earliest examples of Islamic architecture in the region.

Its purpose remains unclear today. “Castle” is a misnomer as the building’s internal arrangement does not suggest a military use, and slits in its wall could not have been designed for arrowslits. It could have been a caravanserai, or resting place for traders, but lacks the water source such buildings usually had close by and is not on any major trade routes.