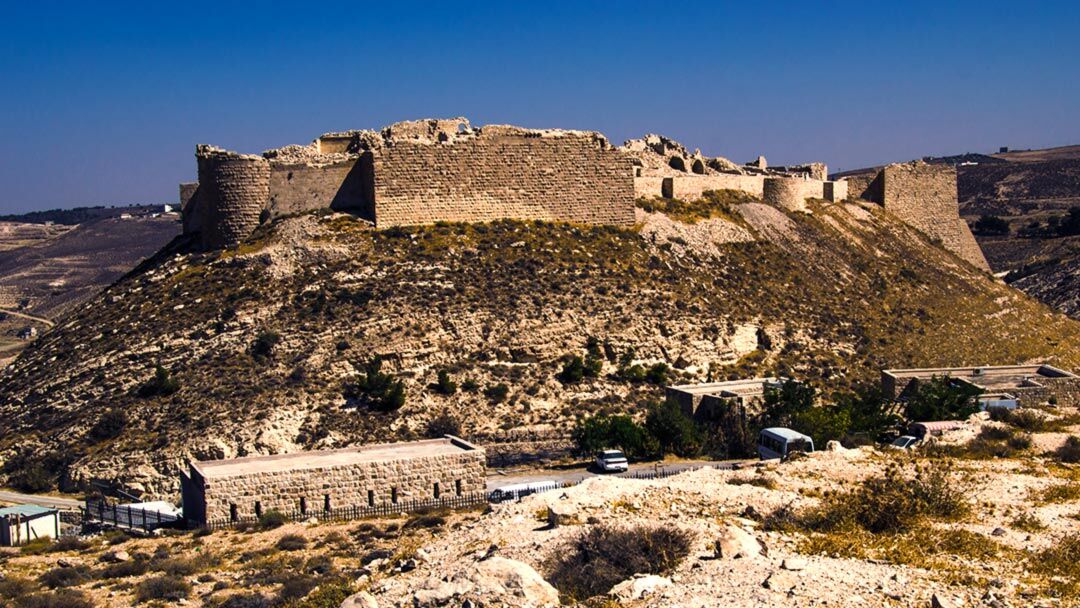 The brilliantly crafted Kerak Castle is situated in the Jordanian city of kerak. Kerak lies 140 kilometers (87 mi) to the south of Amman on the ancient King’s Highway. The Kerak Castle is one of the largest crusader castles in the Levant.

Construction of the Kerak castle began in the 1140’s, under Pagan, Fulk of Jerusalem’s butler. The Crusaders called it ‘Crac des Moabites’ or “Kerak in Moab”, as it is frequently referred to in history books.

Paganus was also Lord of Oultrejordain (Transjordan), and Kerak became the centre of his power, replacing the weaker castle of Montreal to the south. Because of its position east of the Dead Sea, Kerak was able to control Bedouin herders as well as the trade routes from Damascus to Egypt and Mecca. The shrine of Prophet, Noah, is also located in Kerak.

This spectacular fortress is a distinguished example of Crusader architecture as it combines Arab, byzantine and European designs. The immense structure measures 220m in length, 125m in width from one side, and 40m in width from the narrow end. The Unique location on top of one of the highest peaks also gave the castle a strategic advantage for defensive purposes.

All over the castle, dark and jagged shaped Crusader stonework is easy to tell apart from the intricately made blocks of softer and lighter sandstone used in later Arab work.